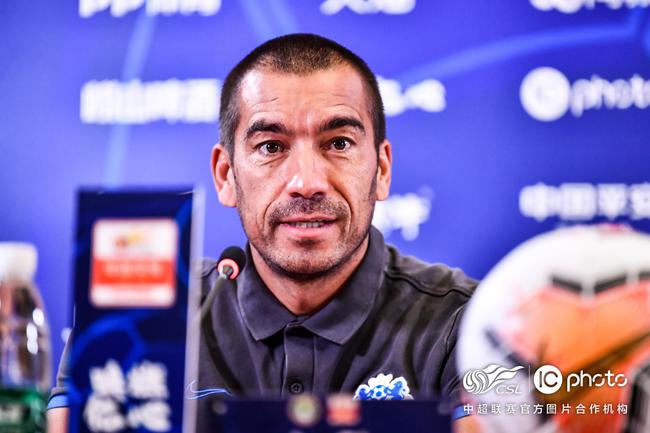 Fan Shuai is confident of relegation

Guangzhou R&F coach Van Bronckhorst said: I will share his knockout experience with the players. At present, the team is focusing on the two games with the first opponent. We have a great chance to beat the opponent and we must maintain a high degree of focus. A team with a stronger desire to win has a greater chance of success. At present, judging from the desire for the game demonstrated by the team's training, I am confident in the game.

Fan Shuai also emphasized that the first stage of the schedule is tight. After returning to Guangzhou for a week off, the players are now recovering physically and mentally. The first game is very important. Relegation can be successful after passing the test. The execution of tactics and the mentality of players are very important. At present, the team still has some injuries, including Li Tixiang, Adrian, Dembele, etc. Chen Junle will also undergo surgery.

Han Jiaqi is praised as a model of young players

The most memorable thing about Fan Shuai in the first stage of the Chinese Super League was the upward trend shown by the team in the second half. The team has also grown from it and behaved more like a whole. Players fought for each other and showed team spirit. The coach's execution of tactics has also been enhanced, and his performance has reached the expected value. He expects that the following games can also reach this level. In addition, the team’s formation is also being adjusted and changed. In the second half of the game, there will be 3 more central defenders, and the formation will be tighter. After Zahavi left, more Chinese players stepped up to take responsibility for the goal and let the opponents Harder to defend.

Fan Shuai mentioned goalkeeper Han Jiaqi. He first used him because of the U23 player quota, but in the end he became an example of young players growing up. Fan Shuai said that Han Jiaqi has great potential. His wonderful performances in the game also proved his competitiveness. Although he made mistakes, he was not knocked down. It also proved his willpower and he can learn from it. He will grow faster and look forward to him becoming a better player in the future.

Han Jiaqi said that after the end of the first stage, he returned to Beijing to visit his family. He likes lamb-boiled meat, but he has to run out as much as he eats. This season, the Super League has gained a lot of physical and mental gains. The psychological changes are the biggest. They are more mature and have Gained more experience. "What impressed me most was the fourth match with Shenhua. I lacked experience and had too much psychological burden. I never thought about competing for the best newcomer. I just want to be myself. Next, I have to learn and improve. I am still young and need to accumulate. Experience has become more mature." Han Jiaqi said.

After Zahavi and Saba left, Guangzhou R&F ushered in Adrian and Zivkovic. Fan Shuai said that they had all played in China before, and they can adapt faster and integrate into the team as soon as possible if they are familiar with the environment. Their ability to help the team.

Fan Shuai said that Zivkovic can play left forward and center forward, while Adrian is more like an attacking midfielder. Both players have strong offensive attributes. Now the team is relatively complete. Players with different styles make him better. With more choices, he will determine the starting lineup through training and examining the state of the players. Finally, Fan Shuai said: "The flow and transfer of players is normal. We respect Zahavi’s achievements in Guangzhou R&F, but he has now started a new life, and Guangzhou R&F will also start a new stage of competition. We should Focus on your work and competition."

New aid Adrian said frankly that he had played against R&F when he played for other teams. He has a certain understanding of Guangzhou R&F. The team has the ambition to help the club achieve its goals. It is difficult to compare players. Both Renardinho and Saba understand that they are more inclined to an organized midfielder; the training these days is very good, the club base facilities are very good, the team atmosphere is very good, the head coach is also a player before, knowing the How to manage the players, he looks forward to the first game very much. The goal is to help the team win the first two games to complete the task of relegation, strive for a higher position, and strive for good results in the FA Cup.

On the other hand, Zhivkovic said that Guangzhou is very beautiful and an international metropolis. He admitted that joining R&F is also a fancy to the team to have a Dutch coach. He also said that the team is very good and everyone is helping him to integrate into the university as soon as possible. The family hopes to adjust to the best condition as soon as possible. As a substitute for Zahavi, Zivkovic said there is no pressure. Although Zahavi is a very good player, he has his own characteristics and hopes to help the team get good results. He said he would not set specific goals for scoring numbers, but would strive to score more goals in each game.